In late March 2020, Disney CEO Robert Iger sent an email to Lin Manuel Miranda's production team asking them to green light the early release of the musical Hamilton on its Disney+ streaming service. A year earlier, Disney had been initially turned down by Miranda but finally won out in the heated bidding war for distribution rights to the Broadway hit. In February last year, Disney announced it had paid US$75 million to release Hamilton to theatres in fall 2021.

A month later, the coronavirus hit, and everything changed. Disney was quite aware of the impact COVID-19 would have on its production schedule and the effect on its fledgling Disney+, which it had launched in November 2019. It badly needed content to compete against Netflix and a growing competitive field.

Hamilton, which made its small screen debut on the weekend of July 4, was the runaway hit of the summer streaming war. The Disney+ app had been downloaded 800,000 times in the days leading up to Hamilton's release, and the show was seen by an estimated 25 million households (Disney+ had 55 million subscribers through May). Hamilton on Disney+ was hailed as a huge success. As Miranda told The New York Times, "Moving up the release so everyone could experience [Hamilton] this summer felt like the right move."

Hamilton illustrates the decisions forced upon Hollywood executives in 2020. What would you have done if you were running Disney, Sony, or Warner? Would you take relatively assured up-front money or redesign their release schedules for 2021 and 2022? Sony's decision to sell its Tom Hanks, World War II drama, Greyhound, was a bit more black and white than Hamilton. The movie was slotted to be released on March 22, 2020, just days after COVID-19 shut down virtually every movie theatre in North America.

Sony ran the numbers. Cinelytic, a predictive analytics tool gaining traction in Hollywood, projected that Greyhound, with a budget of US$50 million, would only make a slight profit. Instead, Sony turned to the streaming services, which had a captive audience in the early days of the pandemic. Apple TV+ had debuted in the same month as Disney+ but had a far smaller catalog to draw from. Apple needed content, and it needed a hit. Sony sold Greyhound for US$75 million and made US$25 million in profit (at the same time saving the cost of marketing and the 50/50 split with the theatre owners).

Hamilton, though, was not as simple. The summer box office typically brings in over US$4 billion globally, but this year, chains such as AMC, Royal, and Cinemark remained shuttered through most of August. However, Hamilton wasn't slated for 2020 but late 2021. An October release was forecast to bring in between US$60 million and US$80 million during its first weekend, and overall receipts were projected to top US$750 million. If you account for marketing and a split of the gate with theatres owners, Disney would have netted US$200 million. Even after that, they would have been able to put Hamilton on Disney+, generating additional subscription revenue. Subsequently, Disney would decide to change the release date for 10 of its 2020–2021 movies, including a Steven Spielberg rendition of West Side Story and another Marvel Universe film. You have to ask, "Why the rush with Hamilton"?


Streaming has disrupted the entertainment business, complicating the already murky math of Hollywood. "It is a very different financial proposition than if we had put Hamilton in the movie theatres," Disney's Iger said. Cinemas are about getting people to pay for a single ticket to the next Star Wars or Avengers movie. Subscriptions are quite different. They are both about the experience, but streaming services play the long game of the customer journey, from interest to conversion to retention.

The 800,000 Disney+ downloads equate to US$4.70 million for the month of July, which enabled Disney's digital interactive division to be its only profitable unit in the third quarter. However, US$5 million is far from the US$60 million to US$80 million that Hamilton was projected to have made in its first weekend at the theatres. At US$7/month, Disney+ will need to retain the 800,000 new customers for a full three years before realizing the US$200 million in profit that it would have earned with a 2021 release.

The decisions around Hamilton symbolize the shift that is occurring in Hollywood. In the move to "new media" or streaming, Disney executives are faced with additional layers of decisions that go well beyond what a movie might gross in its first weekend. Streaming is quickly moving Hollywood out of its comfort zone of identifying talent and green lighting projects based on intuition and experience. As Disney enters the streaming arena, it embarks on an ongoing cycle of understanding, attracting, and retaining customers. Metrics such as average revenue per user and churn are becoming key in driving engagement.

For IDC's report on how streaming media and other industries are moving to a subscriber or as-a-service businesses and the importance of building strong customer relationships and experience, please read IDC Perspective: Data in Action in the Canadian Marketplace: Making Better Customers.

International Data Corporation (IDC) is the premier global provider of market intelligence, advisory services, and events for the information technology, telecommunications, and consumer technology markets. To learn more about IDC Canada, please visit www.idc.com/ca or follow on Twitter at @idccanada and LinkedIn. 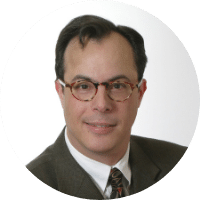