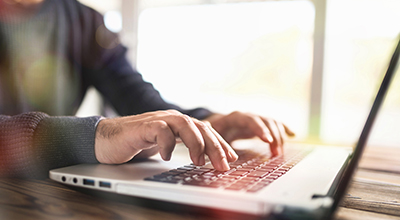 Small and Medium-Sized Business Resiliency Amid COVID-19 and Beyond


The entire world is facing an unprecedented scenario as countries strive to manage the impact of COVID-19. In this crisis, uncertainty looms especially for the most vulnerable: the small and medium-sized business (SMB) sector. The Asia/Pacific SMB sector, which at an estimate consists almost 90% of the region's businesses and almost 60% of the workforce, brings in at least half of the region's gross domestic product (GDP) and has been severely impaired by lockdowns, travel bans, and other measures to contain the pandemic. More and more stimulus packages are developed to relieve the sector, but despite these, many have been forced to cease operations for an undetermined period, leading to unforeseen expenses and losses. With movement limited, consumers have come to rely primarily on online platforms to acquire goods and services, and SMBs that have been quick to react have learned to leverage basic digital technologies and platforms to respond customers. In these extraordinary circumstances, what has become evident is that SMBs working within the new digital economies are fast-tracking their digitalization efforts to gain resiliency.

In 2019, IDC stated that digitalization had reached an inflection point, which forced SMBs to act. However, the region's SMBs are still in the early days of digitalization, and more efforts are needed to include this in the overall business agenda. Now, it has become even more urgent for SMBs to digitalize as the region battles the effects of COVID-19. IDC has long advocated for digitalization on the enterprise level and reiterates the need for SMBs to begin this as well. In response to this crisis and beyond, IDC has created a playbook for SMBs, in which the five masteries of agile culture, agile capital, agile experiences, agile processes, and agile partnerships can help SMBs develop digital resiliency.

"SMBs are the most vulnerable sector during such crisis as COVID-19, in which compromised business operations threaten their existence. However, SMBs that have been quick to learn and leverage even the most basic digital technologies are taking the right steps to safeguarding their business and employees. Although it will take time for SMBs to recover, they must prioritize digital resiliency alongside other business recovery efforts. SMBs must remember that that their size allows them to fully utilize digital technologies at a faster pace that can accelerate their business. For SMBs, digital resiliency goes beyond maintaining a business-as-usual state and guaranteeing cashflow. They also have to ensure the livelihood of employees and provide for customers in need during times of crisis," says Celeste Narvaez, senior program manager, IDC Digital Transformation and Future SMB.