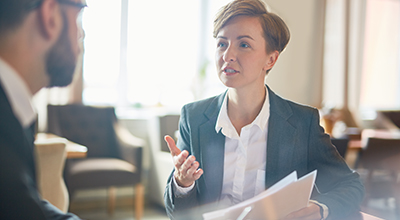 
IT services spending in 2H19 continued to grow in double digits, fueled by the continuous healthy growth of the gross domestic product (GDP), low inflation, stable currency rate, and foreign direct investment (FDI) flow. The government's push for Resolution 17/NQ-CP enforced telcos to upgrade network and IT infrastructure to support the egovernment development for 2019–2020. Enhancing security requirements also contributed to strong spending for IT services.

Large-scale networking consulting and integration from the telecommunications sector contributed to the healthy spending of the project-oriented segment. Large-scale infrastructure projects, including networking, storage upgrades, datacenter servers, backup systems, and security enhancements, also drove growth for IT services spending. The increasing investment for big data and cloud infrastructure came from the telecommunications, banking, and government sectors.

Telecommunications drove spending for IT services in 2H19 with large-scale investments for network infrastructure. IT services spending in the public sector, such as government and healthcare, also increased, with key spending for the taxation system, ehospital, and telemedicine.

FPT continued to perform well as it won deals from the government, banking, transportation, and healthcare sectors. IDC also witnessed strong performance from small players, such as DTS Communication Technology and SVTECH, with large-scale infrastructure projects wins from the telecommunications and government sectors.

For 2020, IT services spending is expected to be impacted by the COVID-19 situation. Saving business costs may be the top priority for enterprises. Thus, large-scale investments, such as systems integration and large infrastructure investments, may be postponed.

Asia/Pacific Services Opportunities in the Digital Economy: Transformation and Acceleration