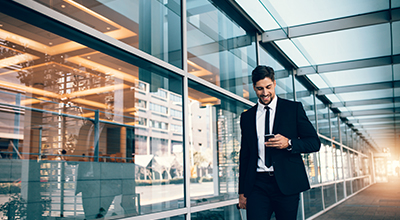 Low-Power WAN Technologies on Offer in Asia — A Comparative Analysis


Today, there are a number of IoT technologies available under the broad umbrella of low power, wide area networks (LPWAN), which are designed specifically for IoT to combine low-power, energy efficient devices with wide transmission ranges. These LPWAN technologies are distinct from other mass market wireless technologies, such as NFC, Bluetooth, and even WiFi in that they are not narrow band or short range. Rather, they are designed for coverage of much wider areas. These technologies include cellular technologies called Narrowband IoT (NB-IoT) and LTE-M (previously known as Cat-M) that are a part of the 3GPP standards that are available for IOT deployments. LPWAN also includes a couple of proprietary technologies, such as LoRaWAN and Sigfox that were developed independently of the 3GPP and pioneered by individual or a small group of private companies to seed and develop the market.3" With renewed momentum and increased traction, the conditions are ripe for IoT LPWAN networks to expand at a rapid clip in the Asia-Pacific region," said Shiv Putcha, Contributing Analyst, IDC Asia-Pacific. "While LoRaWAN and Sigfox are proven technologies and had a head start over the 3GPP technologies, the economics of NB-IoT and LTE-M deployments are improving significantly, especially as module prices become much more affordable. IDC expects NB-IoT traction to increase significantly across the region on the back of huge volumes in China. The 3GPP-based LPWAN technologies also have the added advantage of forward compatibility with 5G."