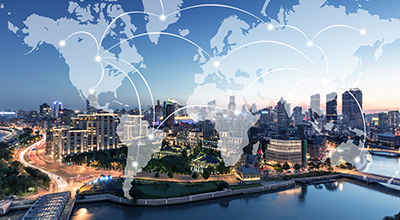 The Infrastructure Aspects of Blockchain — Transactions per Second Matter


This IDC study discusses how transactions take place in a permissioned blockchain and how nodes interact in a blockchain to better understand the infrastructure considerations. This study does not cover public, proof-of-work types of blockchains such as Bitcoin and other cryptocurrencies.

With the fast-ramping interest in permissioned blockchains, enterprises are journeying along a steep learning curve to understand the opportunity and the implications of initiating a blockchain. While much of the complexity resides in the blockchain software and its processes, the infrastructure layer should not be taken for granted. Blockchain requires infrastructure with characteristics that will help improve the network's ability to process transactions as fast as possible. Not all the latency-causing aspects of a blockchain can be solved with infrastructure choices, but some can.

"The infrastructure layer in a blockchain is sometimes taken for granted due to the blockchain software complexities," said Peter Rutten, research director at IDC's Servers, Platforms, and Technologies Group. "But as blockchain matures, that layer becomes increasingly important for the enterprise readiness of blockchain — transactions per second matter."