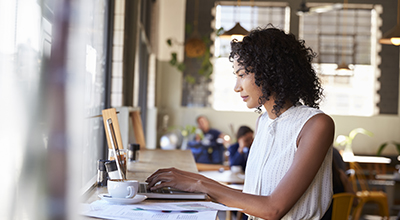 COVID-19, Meet Robot: "Gearing Up" for the Future of Work


This IDC Perspective discusses the acceleration effect that the coronavirus will have on the already increasing adoption of automation and robotics in the supply chain, and specifically in warehousing and logistics, and how that will alter the future of work. It describes how COVID-19 has revealed many of the vulnerabilities in today's supply chains, ranging from a lack of visibility into the tiers of supply to the frailties of human workers in the face of a raging global pandemic. Against a historical backdrop that discusses major shifts in human work at pivotal eras in history, it suggests that the current crisis will serve as a tipping point, increasing the amount of research and investment into currently available automation as well as into ongoing development of intelligent robotics, such as autonomous mobile robots (AMRs) and robotic arms, whose ambulatory capabilities and judgment more closely resemble that of humans than previous generations of robots, and whose adoption in today's DCs is on the rise.

"The essential role of warehouses and DCs is simple: to store and move product to the people and businesses that want and need it," said Jordan K. Speer, research manager, Global Supply Chain. "The execution of that task has grown increasingly complex in recent years, as ecommerce and omni-channel retailing have upped the ante on the need for greater speed, lower inventories of greater numbers of SKUS, greater personalization and curation, and a wide variety of fulfillment options that generally involve sending single units of product to the consumer's home or pickup location of their choice, now including BOPIS and curbside delivery. This increased complexity has led to such strain on operations that logistics and fulfillment has become a major area of concern, with 34.1% of respondents ranking it in their top 3 areas of focus from a supply chain risk mitigation perspective."

"Even when the world is shut down and the most iconic city squares are absent of humans, people need food, shelter, and clothing," said Speer. "We may be able to shop for just about everything online, but those goods are still physical, they take up space, and they need to be moved from here to there. Automation and robotics speed processes and offer agility and resilience. They also handle jobs that aren't great for humans — even if, up until now, they've always performed them."