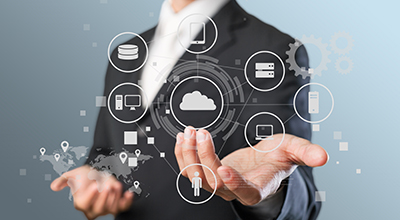 Blockchain Decentralized Storage: A Nascent Market with the Potential to Offer Cheap, Fast, and Secure Services


This IDC Perspective discusses blockchain opportunities. While best known as the platform through which Bitcoin and other popular cryptocurrencies are created, blockchain is fast being adopted by leading enterprises. Fortune 500 financial services firms and fintechs are rolling out blockchain proof of concepts for use in cross-border financial transactions. JP Morgan Chase, for example, launched its JPM Coin network, which enables the cross-border transfer of cash-backed cryptocurrency between JP Morgan and its partners.

Blockchain has found increasing adoption as an immutable network for supply chains. Leading produce suppliers, global shipping companies, and commodities suppliers have adopted it for its ability to create an immutable audit trail. For example, last year, Walmart required its produce suppliers to join its Food Trust blockchain network. The blockchain DLT enables end-to-end traceability of vegetables back to the farm where they were grown.

For the same reasons, blockchain-based decentralized networks are being rolled out by financial services, retail, and manufacturing industries stalwarts; start-ups are pitching the technology for distributed storage.

The immutability of blockchain makes it an auditable ledger resilient to fraud and natively capable of storing sensitive records, as well as business invoices, such as manufacturing and supply chain invoices. It has the ability to automatically track provenance and payment for goods received. Distributed ledger technology based on blockchain is also suited to storing legal contracts, recording AI data and video surveillance footage, and recording contract policy changes.

Even as proof of concepts abound among Fortune 500 enterprises, trusting public blockchain with sensitive business records will take building trust over years as the technology continues to evolve and experience adoption among various industries.

Blockchain-enabled decentralized storage offers considerable pricing, performance, and security advantages over traditional cloud services; it should be on a short list of technologies that SMBs and enterprises should consider for limited, small-scale pilots that could meet specific business use cases.

The key question to ask when considering blockchain is what advantages does it offer over traditional cloud services? Those advantages should be balanced against the fact that the technology is still nascent and evolving.

"Blockchain-enabled decentralized storage holds the promises of significant advantages that include price, performance, and security over traditional cloud services, but most of the storage services being offered by start-ups are still being proved out and will require years of proving before enterprises will be comfortable trusting them for backing up sensitive business data." — Lucas Mearian, research manager, Infrastructure Systems, Platforms and Technologies Group at IDC