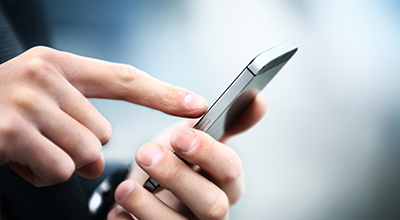 New Delhi, May 11, 2021 - According to the International Data Corporation ’s (IDC) Quarterly Mobile Phone Tracker, the Indian smartphone market started the year with a healthy 18% year-over-year (YoY) growth in the 1Q21 (Jan-Mar), totaling 38 million units, but declined by 14% from a strong 4Q20. While the vaccine roll-out program at the beginning of the year instilled positive sentiments, the onset of the second wave of COVID-19 infections towards the end of the quarter resulted in subdued consumer demand. Thus, the inventory cycle which had shrunk earlier in 2H20 started to get longer since mid-1Q21.

“The April-June quarter is expected to face growth challenges under the weight of the second wave of infections. However, the high shipments from the first quarter should be able to suffice for the immediate demand. But IDC estimates the impact to be less pronounced compared with last year, with factories being operational today and only limited restrictions on logistics/transportation and state-level lockdowns instead of a nationwide lockdown”, says Navkendar Singh, Research Director, Client Devices & IPDS, IDC India.

"The recovery in 2021 might not be as smooth as expected earlier, with uncertainty around the lasting impact of the second wave and a possible third wave in next few months. IDC expects a rebound in consumer sentiments in the second half of 2021, resulting in a single-digit growth annually. However, the degree of growth will be restricted due to reduced discretionary spending, supply constraints, and anticipated price hikes in components in upcoming quarters,” adds Singh.

"IDC expects a boost in 5G shipments with more affordable options, stickiness through financing/trade-in programs, and steeper discounts/cashback offers. Additionally, vendors continue to focus on India as a manufacturing hub, which can be seen in their efforts in locally sourcing more components, ongoing investments in R&D capabilities, and adding new surface-mounting lines to cater to the growing local demand as well as for exports from India," says Upasana Joshi, Associate Research Manager, Client Devices, IDC India.

Note: *The "Company" represents the current parent company (or holding company) for all brands owned and operated as a subsidiary.

*Figures in tables/charts rounded to the first decimal point.

Xiaomi continued to lead, despite only posting 3% YoY growth. Three of the top 5 models nationally were the Redmi 9/9A/9 Power, accounting for 10% of the overall shipments. The Mi10i was the leading 5G model in 1Q21. POCO, Xiaomi's sub-brand, continued to cement its online position, driven by affordable models like POCO C3 and M3. Also, the top 8 online models were from Xiaomi/POCO, with a 30% contribution.

Samsung retained its second spot, growing fastest amongst the top 5 vendors with 43% YoY growth in 1Q21. Online channels accounted for 41% of its shipments, growing by 55% YoY, while its offline channels continued to witness slower growth despite the new launches during March.

vivo was at the third position, with shipments declining by 3% YoY. However, it continued to maintain its lead in the offline channel with a 29% share, ahead of Samsung. It regained its title sponsorship for the IPL cricket league, ensuring high decibel promotional activities around newly launched models in March and April of 2021.

OPPO regained its fourth slot with shipment growth of 35% YoY in 1Q21. Its affordable A15 series featured in the highest shipped models nationally, along with newly launched 5G models accounting for 8% of OPPO’s shipments.

realme slipped to the fifth slot after falling 4% YoY in 1Q21. It continued to be the third-largest online brand with a 16% share and more than two-thirds of its shipments going through the online channel. The company also launched the most affordable 5G model, the Narzo 30 Pro in 1Q21, expanding deeper into the 5G space.

IDC Tracker  products provide accurate and timely market size, vendor share, and forecasts for hundreds of technology markets from more than 100 countries around the globe. Using proprietary tools and research processes, IDC's Trackers are updated on a semiannual, quarterly, and monthly basis. Tracker results are delivered to clients in user-friendly Excel deliverables and on-line query tools.

International Data Corporation (IDC) is the premier global provider of market intelligence, advisory services, and events for the information technology, telecommunications, and consumer technology markets. With more than 1,100 analysts worldwide, IDC offers global, regional, and local expertise on technology and industry opportunities and trends in over 110 countries. IDC's analysis and insight helps IT professionals, business executives, and the investment community to make fact-based technology decisions and to achieve their key business objectives. Founded in 1964, IDC is a wholly-owned subsidiary of International Data Group (IDG), the world's leading tech media, data and marketing services company. To learn more about IDC, please visit www.idc.com. Follow IDC on Twitter at @IDC  and LinkedIn. Subscribe to the IDC Blog for industry news and insights: http://bit.ly/IDCBlog_Subscribe.