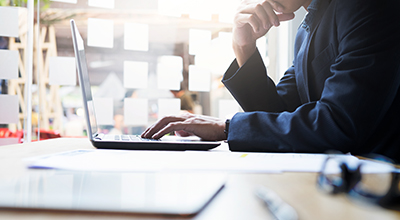 Notes: The "Company" represents the current parent company (or holding company) for all brands owned and operated as subsidiary.

*IDC declares a statistical tie in the worldwide Traditional PC market when there is a difference of one tenth of one percent (0.1%) or less in the shipment shares among two or more vendors. “The surge in shipments during the second half of 2020 as shown in the chart is due to the huge tenders from the bigger LGUs when the 2020-2021 school year began in September of last year”, she added. Tablets remain the device of choice among LGUs due to it being a cheaper alternative over laptops and desktops as well as the ability of educational platforms, apps and productivity tools to run on tablets. Some LGUs with access to internet connections have switched from self-learning modules (SLMs) or printed learning modality to an online/blended learning approach, as it is more cost-effective in comparison to the printout of modules. It also reduces the burden on both parents and teachers who would otherwise need to personally deliver and/or pick-up the modules. However, there have also been some schools that gone the other way around due to connectivity issues.

“The tablet market's performance for the rest of the year will still be driven mainly by the education segment due to procurements from other LGUs, as face-to-face classes have remained suspended until further notice due to the resurgence of COVID-19 cases. However, we do not expect the same momentum compared to the previous year, as some local government units prioritize the roll-out of vaccinations. New procurements will be from other cities outside of Metro Manila,” Medez added.

IDC Tracker products provide accurate and timely market size, company share, and forecasts for hundreds of technology markets from more than 100 countries around the globe. Using proprietary tools and research processes, IDC's Trackers are updated on a semiannual, quarterly, and monthly basis. Tracker results are delivered to clients in user-friendly excel deliverables and on-line query tools. The IDC Tracker Charts app allows users to view data charts from the most recent IDC Tracker products on their iPhone and iPad.