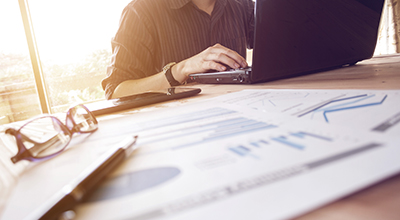 LONDON, February 28, 2020 — In the fourth quarter of 2019, the overall tablet market in EMEA declined 8.7% YoY, reaching 12.9 million units, according to International Data Corporation (IDC). Digital transformation is keeping demand for mobile solutions growing in enterprises, which drives the commercial space, while the weak consumer performance remains the primary reason for the contraction in the market.

"The tier A vendors are sustaining the market primarily due to the introduction of new devices with first-party keyboards that generate interest in the enterprise environment, enabling users in the commercial space and prosumers to take advantage of the enhanced productivity inherent in these features," said Helena Ferreira, research analyst, IDC Western Europe Personal Computing Devices. "This is visible in some Android vendors that are pushing more on premium devices as this offer becomes more compelling."

In Western Europe, in the fourth quarter of the year the overall tablet market performed better than in the other regions in EMEA, despite a decrease of 8.0% YoY. Central and Eastern Europe, the Middle East, and Africa (CEMA) declined 10.0% YoY. The performance is similar for overall 2019, with Western Europe declining 7.2% YoY and CEMA decreasing 14.1% YoY.

"CEE suffered the most, decreasing by 20.5% YoY, compared with -9.3% YoY in the MEA region. The tablet market continues to be strongly inhibited by end-user focus on attractively priced notebooks and convertible PCs as well as large screen smartphones," said Nikolina Jurisic, program manager, CEMA. "While both regions saw a strong decline on the consumer side of the market, commercial increased by 23.6% YoY in CEE and 5.4% YoY in MEA, driven mostly by significant educational projects recorded in Egypt, Kenya, and Croatia."

Samsung's strength in seasonality in emerging markets secured the top spot in EMEA. Apple was second in EMEA but remained number 1 in Western Europe, pushed by the introduction of the new iPad. Huawei remained in third, but continues to be negatively impacted by the ban, posting a decline YoY. Lenovo held fourth place and continued to grow in the region, mainly driven by opportunities in the education sector in developed countries and benefiting from Huawei's decline. Amazon continued to lead in the entry level, securing its place in the top 5.

The EMEA tablet market is projected to contract by 7.3% YoY in the first half of 2020. The forecast for the first two quarters has been corrected downward given the ongoing soft consumer market and the probable impact of COVID-19 in the production and shipment of devices into the region. IDC estimates a negative 4% impact in the EMEA tablet market for the first semester of 2020. While the effect in 1Q may be mild, 2Q is likely to be hit harder. Contingency plans from the Chinese government are expected to bring the second half of 2020 back to normal, depending on how the whole situation evolves.

"It's too early to assess the full extent of the impact of COVID-19 on the device market and particularly in tablets. On one hand there were factory shutdowns that compromised the production in February and quarantined areas that disrupted supply chains, as some key panel and memory manufacturers are located in the province where the outbreak took place," said Daniel Goncalves, senior research analyst, IDC Western Europe Personal Computing Devices. "On the other hand, 1Q is likely to be offset by the slow demand and the healthy inventory in components prior to the crisis. Nevertheless, there are clear signs that the negative impact won't be able to be fully mitigated. Factories are not running at full capacity yet and Apple officially said it will not be meeting revenue goals due to the virus effect."

"In 2020 IDC expects the detachable tablet market to maintain the strong momentum seen during 2019 and increase accordingly across the five-year forecast period for the whole region," said Jurisic. "The new product launches in 2019 in Android and iOS tablets from Apple and Samsung are expected to drive growth. The commercial segment is predicted to continue to grow strongly in EMEA during 2020, driven by the continuous adoption of detachables in enterprise and educational projects in emerging markets."