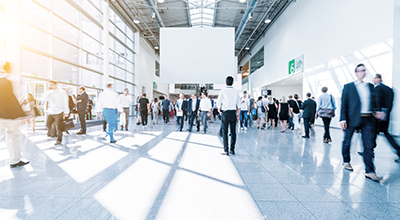 FRANKFURT, April 24, 2020 — International Data Corporation's (IDC) EMEA Server Tracker shows that in the fourth quarter of 2019 the EMEA server market reported a year-on-year decrease in vendor revenues of 5.1% to $4.6 billion and a YoY decrease of 5.2% in units shipped to around 550,000. The top 5 vendors in EMEA and their revenues for the quarter are displayed in the table below.

When viewing the EMEA market by product detail, the standout contributor to the quarter's growth was custom multinode units, which grew 22.8% YoY in units and 9.9% YoY in revenues. ODM direct vendors continue to perform strongly in this product segment, but most interesting is Lenovo's entrance to the market and its clear objective to penetrate the hyperscale market. Large systems continue to show strength, growing a further 35.1% YoY in revenue, though this is down to a strong refresh cycle for IBM.

"IDC believes COVID-19 will slow the spending on high-end server systems," said Eckhardt Fischer, senior research analyst in the European Infrastructure group, "and although standard rack-optimized shipments saw a slight decrease of 1.2% YoY in terms of units and a decline of 6.3% YoY in revenues, there is strong growth in certain portions of the market as it looks to find efficient workarounds to the current situation. Hyperconverged systems [HCIs] saw shipments grow 47.1% YoY and revenues increase 36.1% YoY in EMEA."

Although average selling prices (ASPs) continued to weaken thanks to increased CPU competition and decreasing memory prices, IDC believes that supply issues due to manufacturing issues could push ASPs back up again.

IDC expects economic fallout from the pandemic to affect all IT hardware markets. Spending on traditional IT infrastructure is forecast to contract 16.4% year on year. Investments in cloud infrastructure hardware, however, are projected to increase 10.4% in 2020, reaching $11.6 billion. This segment is expected to claim a larger share of the overall IT hardware market than previously forecast.

Segmenting at a Western European level, Germany produced the strongest performance with 5.8% and 5.2% YoY unit and revenue growth respectively. A few countries, such as Ireland and the Netherlands, were buoyed by continued hyperscale datacenter investments. France had a relatively good quarter with a 19.1% YoY increase in server revenue. With around $1,000 million in revenue, Germany maintained its position as the region's largest market.

"Central and Eastern Europe, the Middle East, and Africa [CEMA] server revenue declined for a second consecutive quarter in 4Q19, down by 3.6% year over year to $1,045.84 million," said Jiri Helebrand, research manager, IDC CEMA. "The overall decline in revenue can be attributed to weaker sales of x86 servers on the back of slowing economies in the region and the fact that 4Q18 makes for a challenging comparison as server sales were the second largest in history. The Central and Eastern Europe [CEE] subregion grew by 2.7% year over year with revenue of $615.64 million. Slovakia, Hungary, and Russia recorded the strongest growth, with Russia benefitting from increased purchases by local cloud providers as well as solid demand from financial and telecommunication sectors. The Middle East and Africa [MEA] subregion declined by 11.4% year over year to $430.19 million in 4Q19 as we observed lower demand for traditional IT infrastructure from enterprise buyers. Qatar, Kenya, and Bahrain bucked the trend and were the only countries to record double-digit growth in MEA, with Qatar and Kenya benefiting from several IT projects in the public sector."

Modular server category: Server form factors have been amended to include the new "modular" category that encompasses today's blade servers and density-optimized servers (which are being renamed multinode servers). As the differentiation between these two types of servers continues to become blurred, IDC is moving forward with the "modular server" category as it better reflects the directions in which vendors and the entire market are moving when it comes to server design.

Multinode (density-optimized) servers: Modular platforms that do not meet IDC's definition of a blade are classified as multinode. This was formerly called density optimized in IDC's server research and server-related tracker products.

Link to product sheet for the tracker: