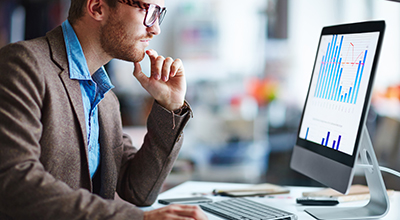 “This substantial notebook performance can be partially attributed to strong demand in the commercial segment,” said Simon Thomas, research analyst for IDC Western European Personal Computing Devices. “The ongoing demand for devices to support remote work and education due to extended lockdowns primarily contributed to the substantial growth, despite persisting supply constraints”, he added. The overall commercial market in Western Europe enjoyed a solid growth of 26.0% YoY, primarily boosted by another buoyant quarter in education and small and medium businesses.

Consumer growth in Western Europe was significant, posting an increase of 75.4% YoY and totaling 6.3 million units in 2021Q1. Alongside the sustained growth of notebooks, desktop also experienced positive results, recording growth of 46.6% YoY. This can be attributed to extended demand for gaming desktops, as consumers continue to look for entertainment during lockdowns.

The overall PC market in the CEE region grew by 53.1%, with strong performances in the commercial market (+33.3% YoY), and consumer (+69.1% YoY). Similar to Western Europe, continued education deals in addition to consumer demand for work from home and entertainment devices has bolstered the market significantly.

“As expected, the PC market reported another record growth, especially when compared to a relatively weaker 2020Q1. Both regions, CEE and MEA reported annual growth of 53.1% and 43.1% respectively, with double-digit growth achieved in both form factors, notebooks, and desktops also the demand was strong in both the commercial and consumer. In the CEE region the consumer grew by 69.1% YoY fueled by the ongoing demand and the push from vendors to fill up shelf-space and the low inventory in the market.” Said Stefania Lorenz, IDC EMEA “The commercial sector continues to be driven by education deals across both regions” she added.

The consolidation of the traditional PC market continues to slow, as the top 5 vendors’ share decreases in 2021Q1. The top 5 players accounted for 80.5% of total market volume, falling from 82.4% in 2020Q1.

• ASUS maintained fifth position and posted a 7.3% market share (+ 0.3% points YoY). A strong performance in both segments resulted in a 49.9% YoY growth but was not enough to catch up with its closest competitor.

● Some IDC estimates were made prior to financial earnings reports.

● Shipments include shipments to distribution channels or end users. OEM sales are counted under the vendor/brand under which they are sold.

● Traditional PCs include desktops, notebooks, and workstations, and do not include tablets or x86 servers. Detachable tablets and slate tablets are part of the Personal Computing Device Tracker, but are not addressed in this press release.

● Data for all vendors is reported for calendar periods.