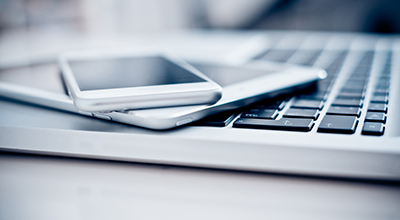 LONDON, May 7, 2021 — According to research by International Data Corporation (IDC), the Western European printer and multifunction (MFP) market increased by 18.9% in 1Q21 compared with the same period a year ago, to give a market size of 5.15 million units. This was the third quarter in a row that the HCP market increased in Western Europe in unit shipments; as more tenders and contract renewals took place in the office, market values held firm. Market performance in 1Q21 was the highest shipment figure for a first quarter for over six years, driven by demand for inkjet devices, while laser shipments continued to contract in most countries, though there were pockets of growth.

The pace of recovery across Western Europe differs quite considerably, with some registering the largest growth for many years and others continuing to see some contraction, especially in the main office markets. The severity and length of lockdown, easing of restrictions, and economic recovery are all having an impact on growth rates. Even as country constraints are relaxed, many workers are still working at home, as a fundamental shift from the office to the home will continue in many organizations. There are some suppliers that can enable their clients to facilitate this for their employees, but others that cannot. The pandemic could be a watershed moment for the industry as a whole.

"Demand for low-cost devices remains strong going into 2021 and some suppliers have seen their best quarterly performance for many years," said Phil Sargeant, program director in IDC's Western European Imaging, Hardware Devices, and Document Solutions group. "This growth is largely driven by continued lockdown demand, but some countries are now seeing their mainstream office shipments increase as many more institutions open up and tenders and contract renewals continue to be fulfilled."

• Inkjet shipments increased 29.6% in 1Q21, with consumer and business devices increasing by double-digits.

• SDM shipments increased in the first quarter but remain small in comparison to other technologies.

Despite overall growth in the Western Europe HCP market, country performances were mixed with some showing strong growth and others showing declines. The main country highlights are shown below.

Germany increased in 1Q21, but at a much lower rate than in other countries. Germany was the largest market in Western Europe in 1Q21. The 3.0% rise was due to increases in inkjet products, especially business inkjets, but laser shipments suffered a double-digit decline with both color and monochrome contracting. A3 color laser shipments almost recovered to previous levels, however.

France recorded strong growth of 19.1% for unit shipments, with market values showing a solid performance. Inkjets increased by a quarter, with consumer and business inkjets showing strong growth. Laser shipments were flat. Although most shipments were from monochrome A4 printers and MFPs, A3 color laser MFPs recovered to show growth for the first time in over a year.

The U.K. was one of the strongest performers in 1Q21. The market increased 29.9% for unit shipments but market vales contracted by double-digits. This was due to the fact that lower-cost inkjet shipments increased by a third and monochrome A4 shipments also increased, but the higher-value A3 MFP shipments declined by more than a third. High-speed inkjet devices also increased.

The Italian market grew by more than a quarter, again largely due to an inkjet increase, but laser markets bounced back, leading to an increase in market value. Consumer inkjets were strong and for laser devices both A4 and A3 shipments increased due to strong MFP shipments, indicating that the office markets in Italy are on the road to some recovery.

Spain's shipments increased by more than a third and market values also grew. Spain followed the trend in most countries with increases in inkjet devices, especially consumer and business inkjets, but growth in the laser market was due to large increases in monochrome A4 MFP devices. A3 markets continued to contract, however.