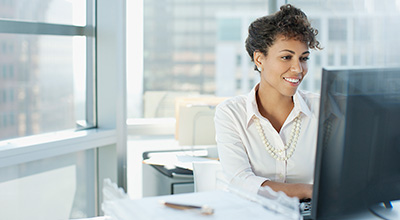 Tablet Market Will Accelerate in the Commercial Space as Restrictions Ease, says IDC

LONDON, August 26, 2021 — According to International Data Corporation (IDC), tablet market shipments reached 11.8 million units in EMEA in the second quarter of 2021. This represents a 1.7% YoY decline, the first negative quarter since the start of the pandemic. A slowdown in consumer demand was the main driver of the contraction. Nevertheless, volumes remain significantly above the pre-pandemic period which indicates an increase in the total addressable market. In comparison with 2Q19, the tablet market increased 22.4%.

Samsung remained the market leader in EMEA, fueled by the strong position it holds in emerging markets. Apple retained second position in EMEA and remains the solid leader in less price-sensitive countries, where often the iPad is the preferred choice for education deals. Lenovo posted a considerable market share growth, capitalizing on the strong decline of important names in the smart connected device space such as Huawei. TCL made its first appearance in the top 5 ranking, leveraging its presence in telco and expansion into the commercial segment. Amazon retained its 5th position and maintains its dominance in the entry-level price points.

The outlook for the second half of 2021 in the EMEA tablet market is expected to be negative with 24.3 million devices shipped, which represents a 10.9% YoY drop. The decline will be seen as demand starts showing signs of exhaustion as lockdowns are lifted, while education deals are not expected to generate similar volumes for the rest of the year as in the last 12 months. The tablet market in EMEA for the whole year of 2021 is expected to decline 1.1% YoY. However, as restrictions across the region are lifted, the commercial segment — excluding education — is anticipated to rebound and to increase at a CAGR of 6.3% until 2025.

"As we approach a near-normal scenario, we expect to see some of the trends that were shaping the market before the pandemic coming back, namely the increase in enterprise adoption," said Daniel Goncalves, research manager, IDC Western Europe Personal Computing Devices. "Ultra-mobile devices will regain momentum in the commercial segment, as use cases for which tablets were widely adopted, such as customer facing roles, become the norm across verticals again."