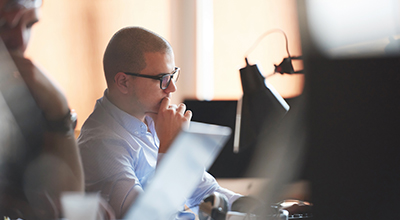 LONDON, September 1, 2021 — According to research by International Data Corporation (IDC), EMEA shipments of traditional PCs (desktops, notebooks, and workstations) will reach 95.8 million in 2021, a 13.2% YoY growth. This includes 24.1 million PC shipments (+11.4% YoY) in 2021Q3. This can be attributed to ongoing demand in both the consumer and commercial markets, and the fulfillment of backlogs.

In Western Europe, the commercial market is forecast to grow by 24.8% YoY in 2021Q3 and by 2.9% YoY in 2021Q4. This continued growth can be seen in a recovery on the desktop side, on a use-case basis across all segments. On the notebook side, demand is expected to remain substantial as digitization projects and hybrid working methods become more established.

"The second half of 2021 will bring continued growth in the PC market, and while sustained notebook strength is anticipated, growth in the desktop market is expected for the first time since 2020Q1," said Simon Thomas, research analyst, IDC Western Europe Personal Computing. "Growth will be primarily driven by government and enterprise, which will equip their employees as they return to the office and invest in digitalization projects. This forecast growth comes despite ongoing component supply issues, which are expected to continue well into 2022."

The Western European consumer market is forecast to see its sixth consecutive quarter of double-digit growth in 2021Q3 (+10.3% YoY). This marks another quarter of substantial growth on top of a solid 2020 performance, as 2020Q3 saw a robust consumer performance. The consumer market will be driven by its notebook performance, which is anticipated to post growth of 12.9% YoY. This will come as a result of the continued transition to one device per person. Desktops are expected to decline (-1.8% YoY), as the ending of lockdowns quells gaming demand, after strong shipments while consumers were stuck indoors.

"The consumer market in the CEE region is expected to be weaker at -1.5% YoY as consumer spending has been diverged from PCs during the summer seasons. The schools are expected to be opened and be fully functional by September, as lockdowns have been lifted across most countries in the region," said Stefania Lorenz, AVP at IDC EMEA. "The MEA PC forecast, along with the CEE region, has been revised downward for 2021Q3 to -1.5% YoY, due to weak consumer demand. The consumer segment is expected to drop to -14.6% YoY, mostly due to the expected supply issues as well as weaker demand as summer spending shifts to other areas. The commercial market, however, is expected to remain strong, with growth of 14.7% YoY."