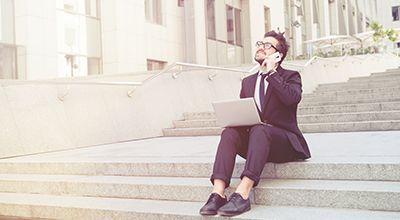 LONDON, September 29, 2021 — In the second quarter of 2021, the Wearable market in Europe grew 28.5% compared to the same period of 2020, according to the latest International Data Corporation (IDC ) Worldwide Quarterly Wearable Device Tracker. 21.2 million units were shipped to the region between April and June.

"Though disruptions in the supply chain continued, the wearable market in Western Europe grew 24.6% year over year (YoY) overall due to the Olympic Games and heightened interest in health monitoring in both the consumer and commercial segments," said Kyla Lam, research analyst for wearable devices for Europe. Basic wearable grew 21.2% YoY, including earwear and smart glasses, while smart wearable grew 39.7% YoY, which mainly includes smartwatches only.

"Wearable products will continue to grow as seasonal sales continue and the holiday season emerges, and customers will be incentivized to trial smart products for personal use and gift giving," said Lam.

Watches accounted for 29.8% of the market, reaching 6.3 million units, a growth of 54.0% YoY, with Apple taking the lion's share of this product, surpassing all other smartwatch makers with rapid growth of 131.0% YoY due to reduced prices in Watch Series 3, increased demands from Watch SE and upgrades from Series 4 and 5 to Series 6. Meanwhile Huawei became top 1 in basic watch shipments with 74.3% YoY growth due to its popularity in Germany and Poland. Garmin ranked third with Vivoactive collections securing sales demands.

Glasses showed a jump of over 8,012.8% YoY growth due to increased interest from participants such as Bose, Razer. We are expecting this jump to carry over in the following quarter due to the release of Ray-Ban Facebook smart-glasses.

Earwear accounted for 11.6 million units in the European market, this category remained the largest product share in the wearable market with 54.8% share. Truly Wireless had the highest market share in the earwear category, with Apple leading the market, followed by JBL and Xiaomi.