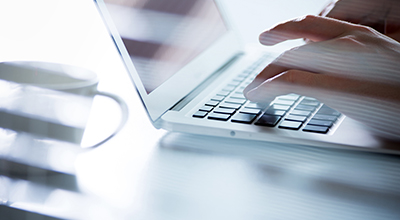 LONDON, August 9, 2022 - According to International Data Corporation (IDC), the European Human Augmentation market, including augmented and virtual reality, biometrics, exoskeletons, wearables, affective computing, and other human augmentation technologies, will reach over 62 billion dollars by the end of 2022 and more than 100 billion dollars by 2026.

International Data Corporation's (IDC) newly published European Human Augmentation Forecast, 2021–2026: How AR/VR, Biometrics, Wearables, and Other Augmentation Techs Will Elevate Human Skills and Transform Businesses shows that businesses are increasing their investments in augmentation tech, and the overall human augmentation market will grow 37 percent in Europe by the end of 2022. Companies are adopting a digital-first model and adapting to new realities and work policies that require support for use cases such as remote collaboration, virtualized presence, and employee augmentation.

"As the work culture changes in Europe, many companies will accelerate their digital transformation efforts and we will more frequently hear about human augmentation and its benefits," said Andrea Minonne, research manager, Data and Analytics, IDC Europe. "We live in an era when skill and staff shortages, supply chain disruptions, security concerns, and hybrid workspaces are part of our daily life. Human augmentation will be crucial to bridge these gaps and address industry needs, and European companies will use technology to unlock new skills and elevate existing ones, while also creating digital-based employee experiences."

European spending on smart devices that users can activate using voice commands and wearables will reach 55 billion dollars this year. These technologies are fully established in the market and although they aim to elevate consumer experiences rather than targeting business needs, they will support most of the investments in human augmentation. Other tech including biometrics, AR, and VR are at an emerging phase, with several projects rolled out in at least a couple of business lines across enterprises targeting multiple use cases. Finally, tech including ingestible, injectable, and implantable devices, exoskeletons, brain computer interfaces, and affective computing are still niche and at a nascent phase, with many projects still at a trialing phase. 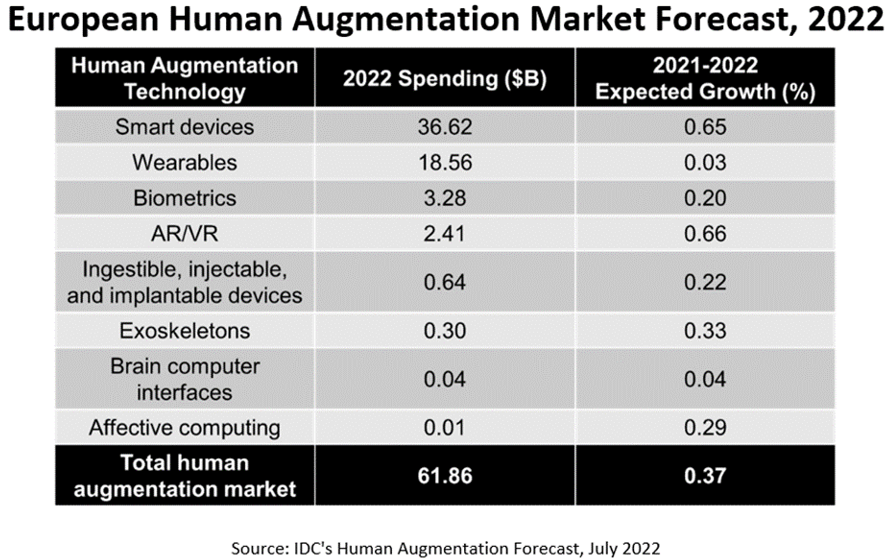 The Human Augmentation market has been affected by several factors in the past couple years, including the conflict in Eastern Europe. The Russia-Ukraine war has generated a 200 million dollars spend loss in AR headsets, as many companies have pulled out of Russia, slowing down augmentation-oriented projects in the country but also drastically decreasing product availability. Human Augmentation will also play a role in supporting the metaverse. IDC's Market Perspective The Metaverse Tech Ecosystem: How and When Human Augmentation Technologies will Support the Metaverse shows that although much tech, such as affective computing and brain computer interfaces, will take more time to become a key component of the metaverse tech ecosystem, AR and VR will be the foundation stones for the metaverse and companies already deploying these techs will find themselves a few steps ahead in the metaverse game.