LONDON, November 15, 2022 — Western European shipments of hardcopy peripherals declined 6.7% year over year to 3.8 million units in the third quarter of 2022 (3Q22). Shipment value increased 7.2% year over year during the quarter to $1.935 billion, according to new data from the International Data Corporation (IDC). Supply-chain issues continue to affect the market and are not likely to be fully rectified until 2023. Some brands are struggling to meet consumer and business demands while others are taking advantage of their misfortune and are seeing their shipments increase.

Highlights from the quarter include: 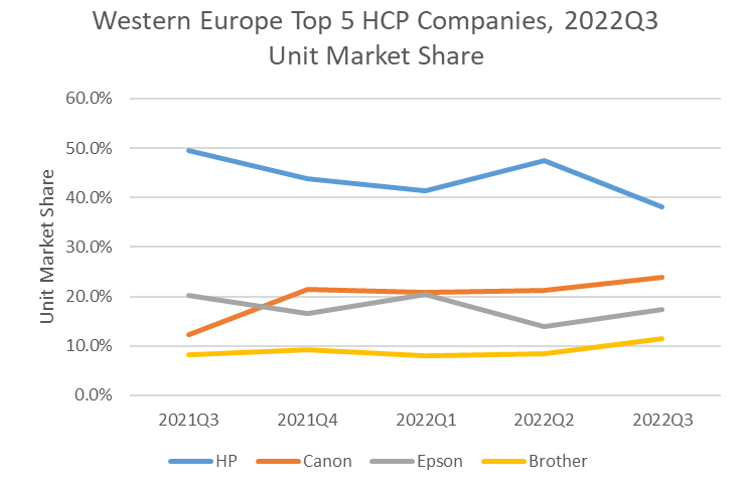 "Newly manufactured devices are still being used to fulfill backorders across the industry and some are struggling worse than others with their inventories, meaning that those brands with greater stock levels are seeing their sales increase, and the supply and demand issues are likely to continue well into 2023, for some at least," said Phil Sargeant, senior program director, Western European Imaging, Hardware Devices, and Document Solutions group, IDC.