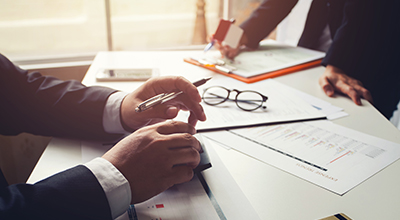 FRAMINGHAM, Mass., and NEW YORK, July 8, 2020 – International Data Corporation (IDC), the premier global provider of market intelligence, advisory services, and events for the information technology, telecommunications, and consumer technology markets, and Esports Charts, the multi-sense big data-mining and analytical agency for esports, traditional sports, and entertainment, and one of the largest public sources of streaming analytics in the world, today released a joint report detailing the apparent effects of the COVID-19 outbreak and pandemic on Amazon's Twitch platform and on esports tournament streaming generally. The report, The COVID-19 Pandemic's Effects on Esports and Livestreaming, provides a particularly granular view into Twitch livestreaming results from September 2019 through May 2020.

Highlights from the report include:

"Given the developing nature of both esports and streaming, we are very happy to be collaborating with IDC to bring factual data to the forefront of the market. Having analyzed the impacts of COVID-19, we are confident that the industry as a whole may be better informed and prepared to react to future occurrences of this scope," said Artyom Odintsov, CEO of Esports Charts. "While the number of total hours watched has consistently risen for tournaments across this period, uncertainty regarding physical events is yet apparent. As the esports and streaming industries continue to expand and develop, we will be very interested to see how they will be impacted in the long term by both COVID-19 and other market factors."

"Something that I think is easy to overlook in the Twitch results is that multiplatform games, by which we mean games that are playable on PCs and/or game consoles and/or mobile devices, have significantly outperformed PC-only titles since the pandemic hit," said Lewis Ward, research director, Gaming and AR/VR research at IDC. "Among the top 15 most consistently popular games, for example, 55% of Twitch hours watched last December were multiplatform games and this share increased to 62% in May. The combination of Twitch's popularity in North America and Western Europe, the popularity of multiplatform games in these regions, and the massive impact that COVID-19 stay-at-home orders have had on people in these regions since March explains the bulk of this change, but if this trend doesn't reverse over time, it could have important implications for game publishers as well as esports tournament and league operators."

The report includes the results of two surveys fielded online last September. The first was fielded to adult PC gamers in five countries (the United States, China, Germany, Brazil, and Russia) with per country responses totaling 2,500 to 2,800. The second was fielded to 7,500 adult and teen gamers in the U.S. The results of the latter survey showed that U.S. esports fans were 72% male and gamers who weren’t esports fans skewed female by a narrow majority; esports fans averaged 10 years younger in age than gamers who weren’t esports fans; and that PC esports fans were almost twice as likely to play on a branded gaming PC compared to the typical PC gamer.

More information on the report and the full study are available at https://bit.ly/2NODlpE.

Esports Charts collects, researches, processes, and analyzes data and statistics of live tournaments, real-time in-game events, players’/teams’ performance, and even spectator reactions and emotional contexts. Esports Charts’ statistics make esports more honest and clear and helps sponsors, organizers, and viewers to find out the degree of popularity of any broadcast and esports event. Being socially responsible, the company takes part in educational and non-commercial projects and programs, comprehensively helping to develop the esports market.