Over the past decade, diversity and inclusion have gained momentum, shedding light on the critical role of women in technology. Globally several women have assumed leadership positions with success, confirming findings that diverse organizations perform better, hire better talent, have more engaged employees, and retain workers better than companies that do not focus on D&I.

At its very core, digital transformation is about cultural change.  Other than the technology aspect, it is change management, with a focus on creating a diverse organization. Over the past decade, diversity and inclusion (D&I) have steadily gained momentum, shedding light on the critical role of women in technology. According to IDC research, more than 80% of C-Suite executives think that D&I policies will have at least “some impact” on their business.

IDC research also indicates that at least 35% of organizations worldwide have D&I requirements as T&C criteria for IT suppliers, underlining corporate commitments to strengthening efforts on social topics – as more clients want to work with partners and vendors who share their values. 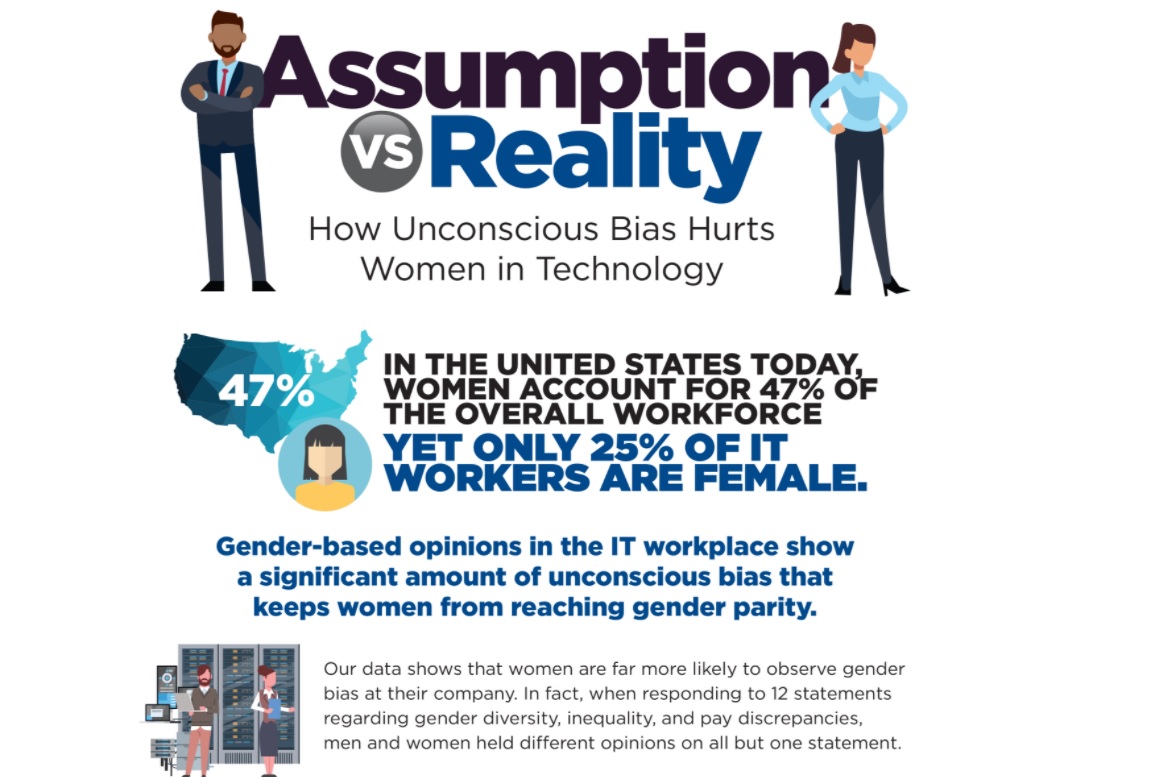 Diversity is a hot topic in the tech industry — and because it’s discussed frequently, it might be easy to feel like things have already changed. However, the momentum is still too slow in this region.  Women remain largely underrepresented in STEM roles at about half that of male representation. Female participation in IT is about 35% with less than 18% in managerial roles.

Compounding the problem, IDC research found that 51% of employers in the region are accelerating their digitalization agenda and 60% of employers intend to accelerate the automation of processes. These changes are likely to do away with a set of roles that are increasingly redundant in the new future of work— and accelerate the creation of new roles. The distribution of female roles in IT is highly skewed towards the roles that will become automated.

Head of IT, Kale Holding

Chairman of the Board, İTÜ ETA Vakfı Doğa Koleji

Head of Communications and Marketing, SabancıDx

Chairmen of the Board, Faydasıçok Vakfı

Head of IT Security and Compliance, Anadolubank

Head of Global IT, Temsa

The 'IDC Women Transforming Technology Awards 2021' will recognize the efforts of leading female executives, based on their proven ability to drive innovation, strengthen resiliency, and shape rapid change while championing digital transformation.
Our aim is to honor female leaders who have not only positively impacted business outcomes, work cultures, and levels of innovation but also successfully promoted gender diversity in their organizations and underscored the need to expand mentoring programs that develop female leaders.
To this end, we will be unveiling four separate lists that will recognize top 50 performers in the following categories.

The closing date for submissions is 25 November 2021.

Recognizing women who have begun their career in technology in the last five years and have already become high achievers. The judges will examine the last 18 months, looking at achievements, contributions to successful projects, examples of innovation, and an understanding of how technology can create business value.

Recognizing business leaders who have become an effective role models for other women in the last 18 months. The judges will examine demonstrations of leadership and business achievements, as well as examples of being a role model by inspiring other women to succeed in technology.

Recognizing women who have championed the use of technology within their organizations, successfully communicated its merits to a wider audience, and demonstrated innovation and IT excellence in the last 18 months. The judges will look at projects and achievements spanning their current organizations, along with examples of best-practice implementations, leadership, and alignment with business goals.

Recognizing women who have led an IT transformation, digital transformation, or business-change program driven by technology in the last 18 months (CISOs, CDOs, application heads, infrastructure heads, and other senior IT designations). The judges will assess the planning, execution, and results of the transformation program, looking particularly at the technologies and innovation involved, best practices, alignment to business goals, and impact on the wider business.

Registration Fee
Free of Charge: For End Users (not IT + Consultant companies)

While this event will celebrate the role of women in technology, all members of the end-user community – both male and female – are welcome to join us as champions of diversity in the workplace.

Dell Technologies (NYSE:DELL) is a unique family of businesses that helps organizations and individuals build their digital future and transform how they work and live. The company provides customers with the industry’s broadest and most innovative technology and services portfolio spanning from edge to core to cloud. The Dell Technologies family includes Dell, Dell EMC, Pivotal, RSA, Secureworks, Virtustream and VMware.

Google Cloud provides organizations with leading infrastructure, platform capabilities and industry solutions. We deliver enterprise-grade cloud solutions that leverage Google’s cutting-edge technology to help companies operate more efficiently and adapt to changing needs, giving customers a foundation for the future. We offer a simply engineered set of tools and unparalleled technology across Google Cloud Platform and G Suite that help bring people, insights, and ideas together. Customers in more than 150 countries turn to Google Cloud as their trusted partner to solve their most critical business problems.
Workshop Partner

IT Network Magazine has been offering professional promotional services in news, buying and selling subjects for developing the institutional cooperation in the information technology up to the world standards. With its 16,000 copies of circulation IT Network is sent out decision-maker top officials, IT and purchasing managers operating notably in the IT, public, finance, health, education and food sectors. All kinds of companies ant experts related to the IT technology are the main recipients of IT Network Magazine. Managers announce their fields of activity, product and services, their positions in the sector, their market shares and innovations through IT Network Magazine which leads the way for the companies who are looking for IT solutions and want to purchase goods and services.

International Data Corporation (IDC) is the premier global provider of market intelligence, advisory services, and events for the information technology, telecommunications, and consumer technology markets. With more than 1,200 analysts worldwide, IDC offers global, regional, and local expertise on technology and industry opportunities and trends in over 110 countries. IDC's analysis and insight helps IT professionals, business executives, and the investment community to make fact-based technology decisions and to achieve their key business objectives. Founded in 1964, IDC is a wholly-owned subsidiary of International Data Group (IDG), the world's leading media, data and marketing services company. To learn more about IDC, please visit www.idc.com.